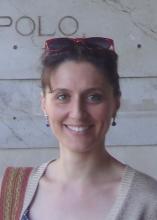 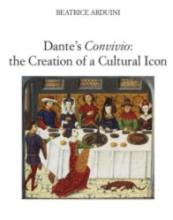 Associate Professor of Italian Studies Beatrice Arduini recently published her first book. Dante’s Convivio: The Creation of a Cultural Icon examines the tradition of the Convivio, Dante's unfinished treatise, in manuscripts and early printed editions and is intended for those interested in medieval and early modern Italian literature, particularly those who are interested in Dante studies, and in the material tradition of Dante’s works.

Professor Arduini has known and read passages from the Convivio since high school and was interested by the combination of prose and poetry and was interested in an author establishing a collection of his own work for circulation. Professor Arduini’s general research interests lie “in the interpretative significance of the material features of a literary text and in the implications of how early copyists might have reshaped a text's arrangement, both for anonymous, less known authors and for a canonical author such as Dante” she says.

What especially intrigued her about the Convivio she says were “the difficulties that the four extant books have presented for readers, commentators, editors and interpreters, when at the same time, this text has been largely used as a nexus between Dante's early lyric poetry and his Divine Comedy, as a precedent for choices, themes and styles later developed in the Divine Comedy.” She was fascinated by the integration of a work abandoned by its author into the exegesis of that author's canonical texts. Especially she says “for an author such as Dante who has continuously commanded a cultural relevance both in Italy and across the world.”

The manuscript and early printed tradition of the Convivio begins with the abandonment of the project which Dante left incomplete in the early fourteenth century and continues with a very paltry circulation until its reemergence in the Medici Florence in the mid fifteenth century. Professor Arduini hopes that her study has “brought attention to how the material transformation of medieval texts entails changes in the text's meaning and cultural significance though the different stages of the publication process in the broader field of medieval and early modern Romance literature.” She used studies in the French, Occitan, and Catalan traditions in her research for the book.

Of the challenges in writing her book Professor Arduini says it “took forever to put all the pieces together!” While at Indiana University earning her MA and PhD, she discovered the Lilly Library, the rare books, manuscripts, and special collections library held a copy of the 1521 edition of the Convivio.  While the first edition was published in Florence in 1490, this edition was from the first of three Venetian sixteenth-century reprints and was another reason why she decided to study this work.  After finishing her doctorate, she worked at several universities in the United States but all of Dante’s original manuscripts were held in Europe, making it difficult to examine them. UW Libraries’ Special Collections  holds a copy of the 1531 edition of the Convivio, the last of the three Venetian sixteenth-century reprints and this Professor Arduini says “a great finding and a lovely surprise!”

Professor Arduini’s book was published March 2020, incredibly as Italy was just on the brink of the coronavirus lockdown. The book’s publisher, Franco Cesati, was fantastic at ensuring that the publication was still possible and Professor Arduini says she “cannot thank him enough for his longstanding support.”

Professor Arduini says she has a long list people to acknowledge for their support, “particularly Wayne Storey, friends, and colleagues who read and commented on different versions of the chapters and whose collaboration literally shaped my professional life.” However Dante’s Convivio: The Creation of a Cultural Icon is dedicated to her husband, Antonio M. Rueda, Associate Teaching Professor of Spanish at the UW, as she says in the book’s acknowledgements "for putting up with me."