For the Love of Rome

Italian Studies alumnus Ian Platou loves Rome. “It is probably the most unique city in the world” he says. The passion of the Italian people is unique and “you feel it everywhere you go” he says, from the fans cheering in Rome’s Stadio Olimpico to the restaurant owner thanking you for your business. Ian studied abroad in Rome on two separate occasions with the UW Honors Program. He “was so enamored with the culture” and had such a great time during his first study abroad experience that he started taking Italian language courses at UW and then decided to major in Italian studies.

In 2019 Ian was set to attend law school after graduation but after hearing about the year-long internship at the UW Rome Center he knew it was an opportunity he couldn’t pass up. Ian applied for and deferred graduation to accept the internship. He arrived in Rome in June of 2019 ready to spend the next year interning at the UW Rome Center, helping study abroad students, completing an independent study project, and mastering his Italian language skills. During his time in Rome Ian researched the history of the Roman legal system and explored how Roman law has impacted current legal systems. “Being in Rome inspired me to constantly find different learning avenues, ask questions, enjoy learning, and be forever curious” Ian says. 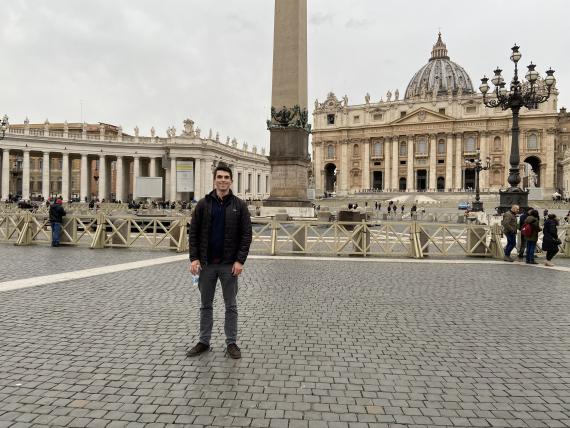 Ian says he was “always pretty timid speaking Italian in class” but as time went by in Rome he grew more and more confident and “noticed dramatic improvements.” “Speaking the language definitely helped me make a few friends and create some life-long connections” Ian says. One night while exploring the coastal town of Rimini he met some people from Rome during a chance encounter and they ended becoming some of his best friends while he was there.

While Ian says there are so many experiences to highlight, he particularly enjoyed showing people around Rome. As an Italian major, Ian enjoyed learning about Roman history and culture, then while serving as a guide for students he was able to share the historical significance of a landmark or place in Rome with them, which he says was an “amazing feeling.” Ian is an avid runner and last November had the opportunity to run the Florence Marathon, which he says was a “remarkable experience.” Ian is also an avid soccer fan and was able to go to some professional soccer matches of A.S. Roma, Rome’s Serie A team. Hearing the fan’s singing and witnessing the fervor and intensity of Italian soccer fans was “incredible” he says. 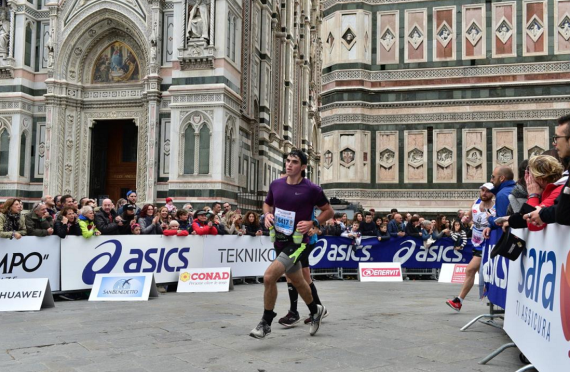 Ian remembers when the novel coronavirus started spreading in northern Italy he couldn’t have imagined how things would unfold in the coming weeks.  Eventually Ian made the difficult decision with the UW Rome Center to come back to Seattle in March, 2020.  Ian credits the UW Rome Center staff for their guidance as the decision for students to leave Rome was “a combined effort on multiple fronts and was handled with the health and safety of students and faculty members at the forefront of everyone’s minds.”

On a personal level, Ian says his time in Italy has inspired him “to continue exploring the world and different cultures.”  “You never know who you’re going to meet and learning how other cultures live differently can help you reflect on your own life” Ian says. Living abroad motivated Ian to think about how he can prepare himself for a legal career with an international element and find a position where he could use his Italian skills. Ian would love to go back to Rome some day in a professional capacity or work for a company that conducts business in Italy.

Studying Italian and going abroad to Rome “was a catalyst to how my college years would turn out and beyond, so I cannot recommend it enough” Ian says. He praises the UW Rome Center for having such an “amazing team and being there for the students to help make it a memorable experience.” Ian would also like to recognize his Italian Studies professors at UW for their “passion towards their work and commitment to their students”, which has had a lasting impact on the way he views academics and what he looks for in a teacher. In particular, Ian would like to recognize Professor Albert Sbragia and Professor Susan Gaylard for their thought provoking teaching and the inspiration and support to apply for and accept the Rome Center Internship. He would also like to recognize his academic advisor Sabrina Tatta saying “she was always there for me and she inspired me to get out of my comfort zone.”

Ian’s final piece of advice for those thinking of studying abroad would be to take advantage of your time there because “the time flies by so quickly.” While Ian’s time in Rome was cut short, he is “forever grateful” and inspired by the eight months he had in Italy. Ian graduated from the University of Washington this spring with a Bachelor of Arts in Italian Studies from the Interdisciplinary Honors Program and is starting a JD/MBA dual degree program at the Gonzaga University School of Law in the fall.