Shopping around for a unique and thought-provoking VLPA class for winter quarter?  Check out French 250: French Cinema (in English) 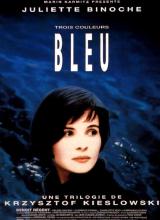 This course will look at how French cinema since the 1940s has engaged the idea of Europe as a political, cultural and economic union. As the European Union has gathered more economic and political weight, member nations have sought to strike a balance between the desire to preserve their specific histories, cultures, languages, and products, and the need to come together with other nations and identify as something else besides: as Europeans. French cinema is a fascinating site to explore the tensions inherent in this dialectic. It has often engaged the idea of Europe, whether in art films where the Union becomes a shadowy pyschological metaphor (Bleu), or in more popular recent films which explore a generation-X fantasy of a European melting-pot (L’Auberge espagnol).

The course will consider, among others, the following questions as they are addressed in films from the 1960s to the present day: the creation and perpetuation of national stereotypes, French and other; the perceived differences between “Western” and “Eastern” European values; the idea that French specificity is threatened by Europe; the generational differences in attitudes towards Europe; the effect of war on creating national and European identities; the effects of the “French exception” on national film production. Analysis of specific films and secondary articles will be framed by more general, timely discussions about contemporary issues in the press, such as Sarkozy’s expulsion of the Rom people from France (which raises the question of how the French state self-defines in opposition to an “Other” from within Europe), debates about immigration from France’s former colonies, the 20th anniverary of the fall of the Berlin Wall, and the ongoing policing of the wall at Ceuta.

By the end of the course, students will be able to 1) think about film analytically and at a critical distance, as a cultural product of specific determining contexts; 2) to understand how Europe is as much an idea as a geo-political reality; 3) to analyse how values held as European (especially Western European) and those held as French sometimes intersect and sometimes diverge; 4) to explain and analyze how these idea(l)s of Europe, and the idea(l)s of a particular French identity, work dialectically to construct each other. The class, all assignments and materials are in English (at least subtitled). It assumes no prior knowledge of French or of film studies.